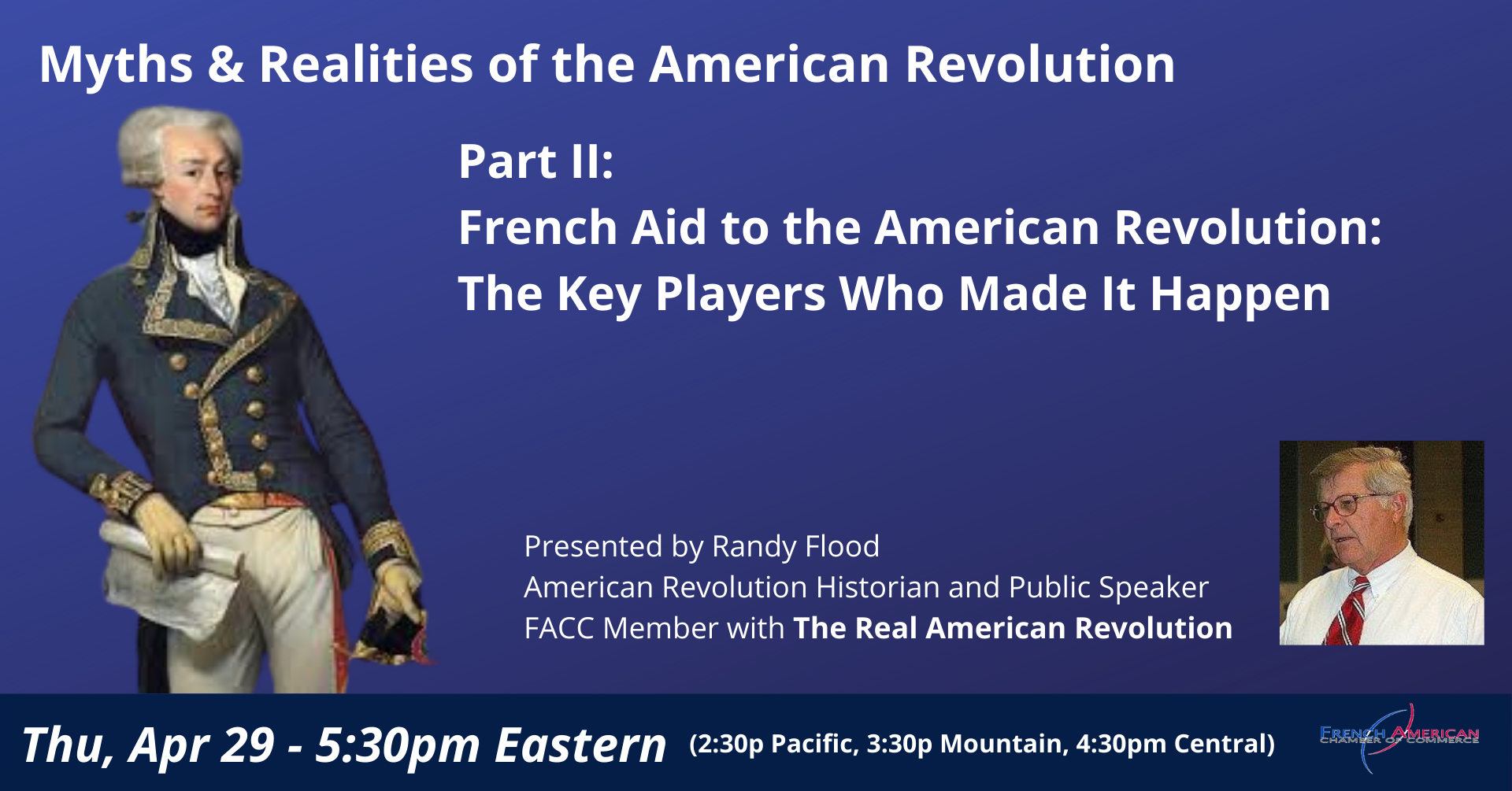 Join us on Thu, Apr 29 at 5:30 p.m. to learn about the myths and realities of the American Revolution and the role of France in it.

“French Aid to the American Revolution: The Key Players Who Made It Happen”

This talk explores the key individuals who played a major role in providing French aid to the Americans as they attempted to break away as independent colonies of Great Britain, long before French troops were ever committed to helping the Americans and before war was officially declared between the French and the British.

Commonly held “myths” will be addressed, such as Ben Franklin NOT being the first American to develop a relationship with France nor single-handedly gaining French support for the American Cause. Rather, the “true” behind-the-scenes players who orchestrated French involvement will be revealed and discussed.

The above topic deals with one of the most significant misconception of the English colonies relationship with France, as perpetuated by American history books and multiple historians, who ignore the “real” truth of France’s role in helping the American cause.  We hope you’ll tune into this educational Zoom session sponsored in cooperation with The Real American Revolution.