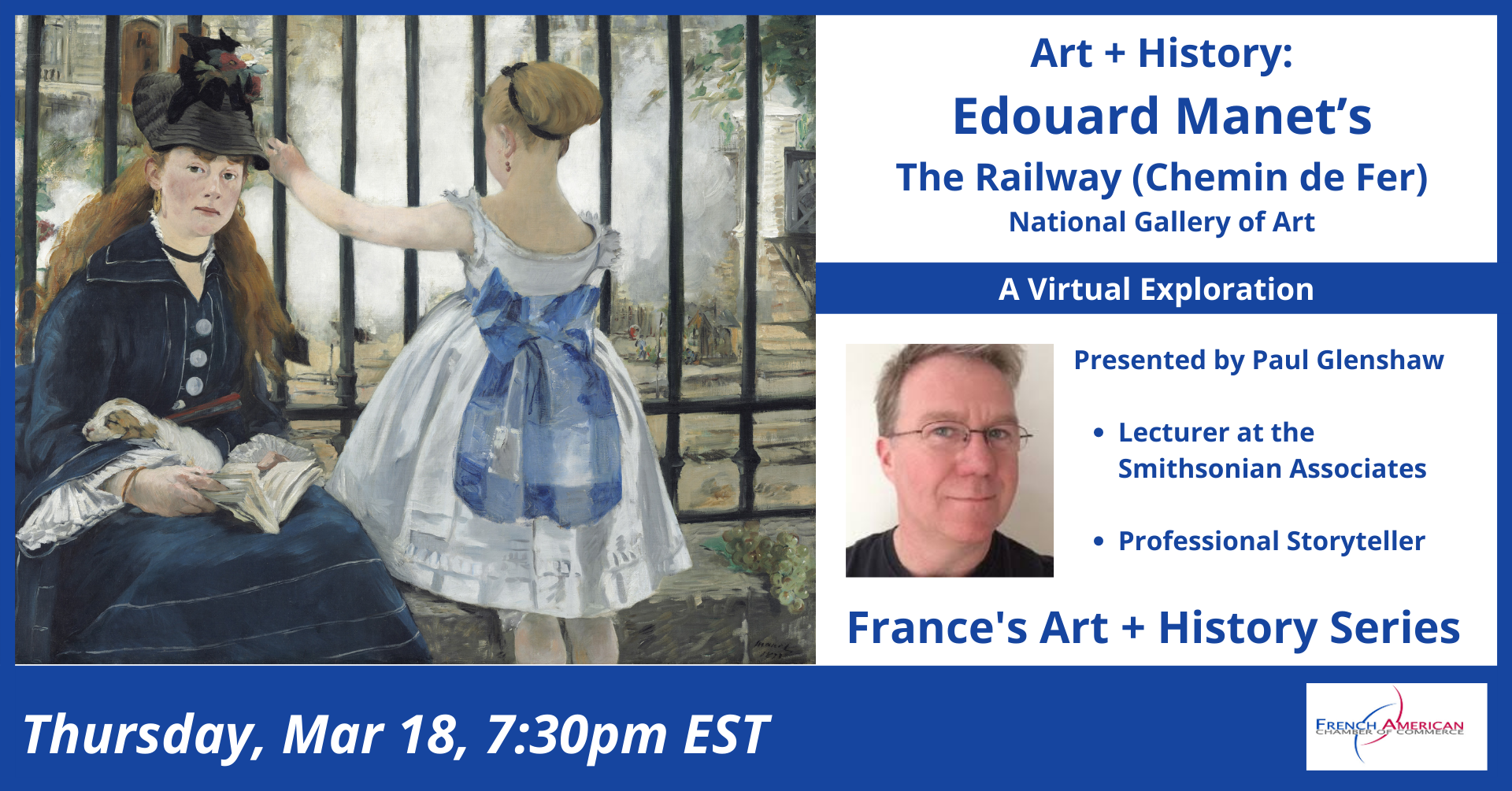 A young woman stares out from the canvas, seated on a ledge in front of an iron rail. A puppy sits on her lap. A young girl next to her faces the opposite direction, seemingly staring at a huge cloud of water vapor from a passing train in the rail yard below.

When it was first seen, Manet his fellow Parisians with a truly modern scene of an everyday passing moment. Why were his works such radical departures in French painting? Manet was born and raised in Paris. His city was radically altered, both physically and politically, several times over his lifetime. What did this scene represent, in the midst of these transformations, and only three years after the disastrous Franco-Prussian War and bloody Commune of 1870 and 1871?