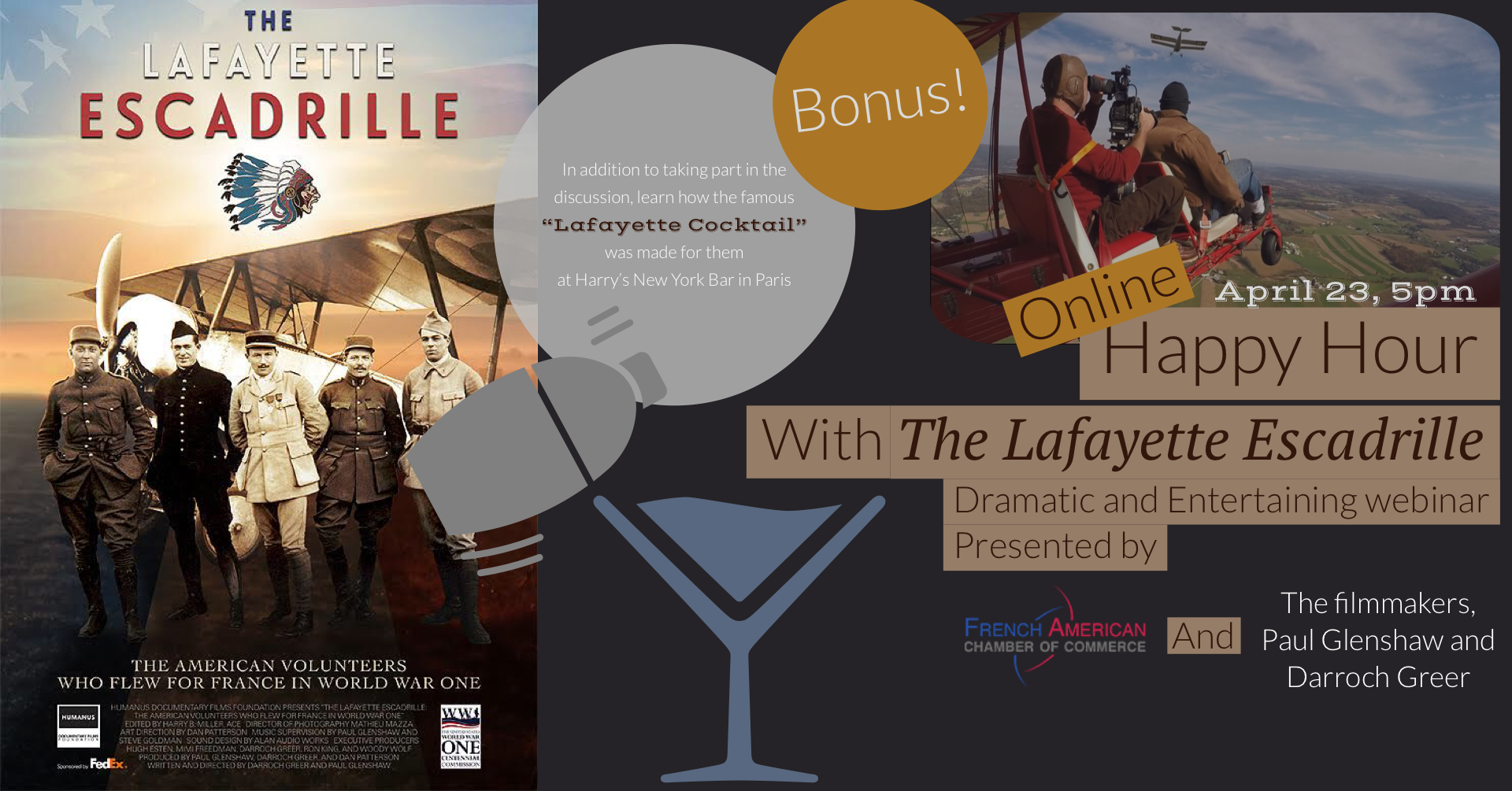 Join us for a dramatic and entertaining webinar featuring dashing WWI aviators and lion cubs—and learn how to make their signature cocktail!

Please enjoy the film on YouTube, and then join the filmmakers on April 23 at 5pm for behind-the-scenes glimpses into their four year production, in which they filmed over 40 locations in France, and worked closely with the French and American families of the pilots, finding troves of never-before-seen materials.

Free and Open to All.
Please note that if you choose to make a donation, 75% (tax-deductible) will go to The Lafayette Escadrille, to be used to finish the film.