Operation Overlord: OSS and the Battle for France

Registration is closed for this event
Operation Overlord: OSS and the Battle for France 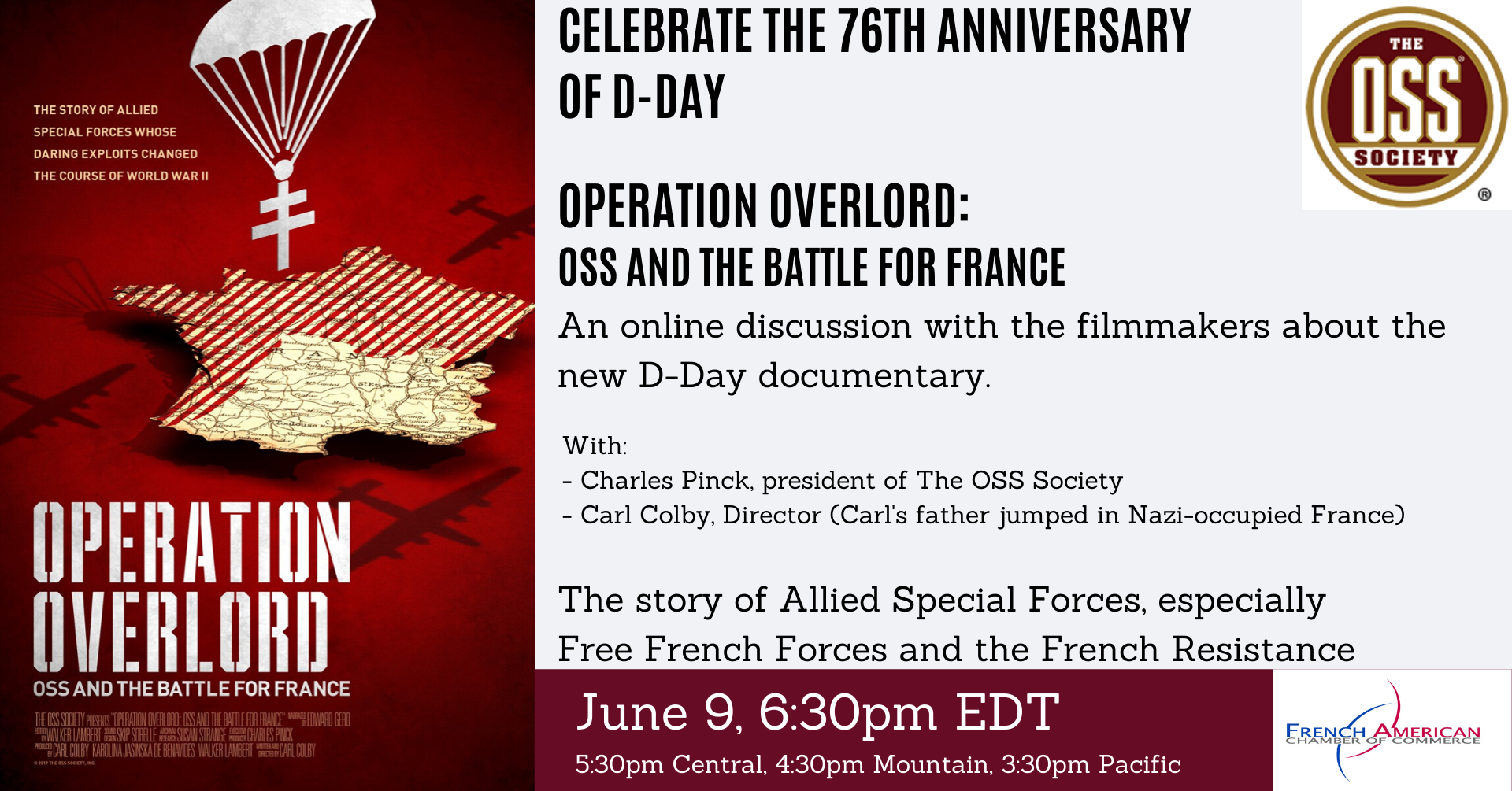 Join us on June 9th at 6:30 p.m. to celebrate the 76th anniversary of D-Day by screening a short documentary produced by The OSS Society (“Operation Overlord: OSS and the Battle for France”): ossandthebattleforfrance.co.

OSS was the Office of Strategic Services, the World War II predecessor to CIA, the U.S. Special Operations Command, and the State Department’s Bureau of Intelligence and Research.

Charles Pinck, president of The OSS Society, and Carl Colby, the film’s director whose father jumped into Nazi-occupied France, will lead the discussion.

We will also celebrate the “liberation” of the bar at Hotel Ritz by Ernest Hemingway on the day Paris was liberated by preparing a martini with the help of Philip Greene, the author of “To Have and Have Another: A Hemingway Cocktail Companion” and “A Drinkable Feast: A Cocktail Companion to 1920s Paris."